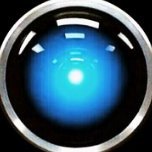 I am a new user of ABRP so I'm still learning the idiosyncrasies of the web app. (And I am finding a few) I imagine this has been asked before, but I can't find it.

When I plan a route, ABRP calculates how long to charge at each charging stop. But I find that it seems to minimize the charging time. This means it says to leave a charger with less charge than I would prefer or expect. For example, if I plan a route from Phoenix, Arizona, to San Diego California, ABRP says to depart from the chargers with 49% to 65% SoC. I know I can set individual stops to specify the TILL SoC. but how do I tell ABRP to start calculate with charge to say 85%? I would rather start a leg with a higher SoC. Like always filling the tank on an ICE car. I find that I can eliminate some charge stops if I plan that way. (Of course this means the ones left take longer.)

4 answers to this question