Different batteries have different characteristics when it comes to charging; this goes for the various Tesla battery models too. Through the ABRP data collection by generous users, we have quite a lot of real-world data to base our models for use in the route planning, and in this post we give you some insight into the data. The data here is based on 4600 Supercharging sessions from 801 Tesla Vehicles!

First of all, the battery model of a Tesla is not completely clear from the model name. An almost complete list of Tesla batteries includes:

First out is the Model 3 Long Range battery. There is a limited amount of data in ABRP’s database – only 38 charging sessions from 13 cars – so please contribute! The blue dots are measured data points  and the red dashed line is the present ABRP charging power model.

The estimated battery capacity from the contributing cars is 72.8 kWh 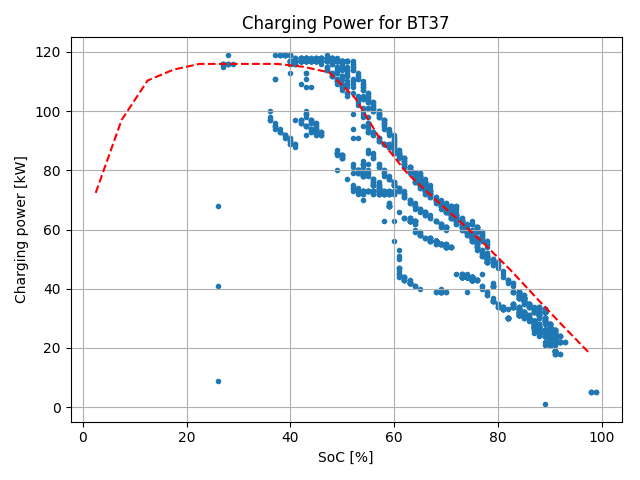 Second, the classic S85 battery, which is known for not really being 85 kWh. There is plenty of data here, and as you can see it is charging at very high speed all the way from 0% SoC, but tapers off relatively early.

The estimated battery capacity from the contributing cars is 73.4 kWh. That’s why I wrote “85”. It has basically the same capacity as an S/X75. 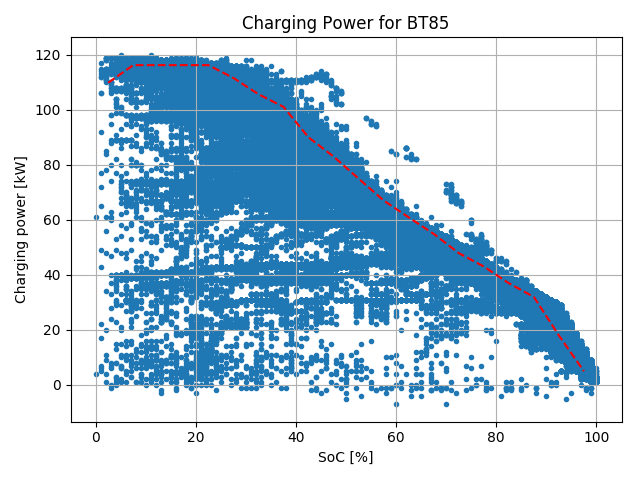 The older S70(d) battery is similar to the BT85, but smaller. From data, the estimated usable capacity is 65.7 kWh. 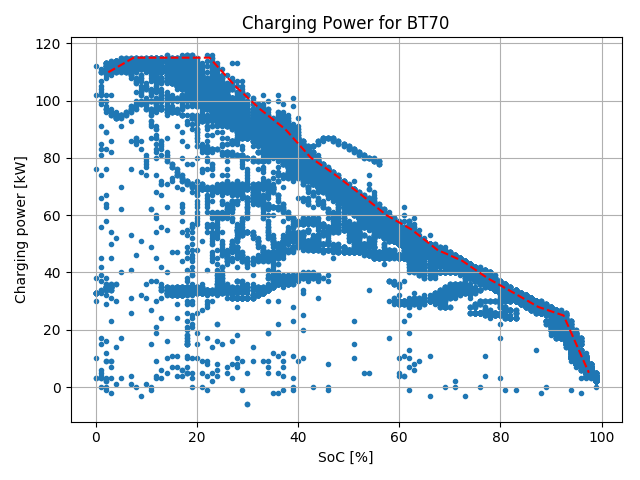 The S/X90 battery, is like the “85 kWh” battery also not really living up to its name. The estimated capacity from the data is 79.8 kWh. It differs from the BT85 in that it charges slower at really low SoC (below 10%) but it compensates by charging a lot faster at higher SoC.

The “new” 75 kWh battery, sometimes software limited to 60 kWh in a S/X60 has an estimated capacity of 71.6 kWh. The charging curve is similar to the BTX4 and BTX6 batteries, but in absolute power lower due to the smaller capacity.

The (so far) largest Tesla battery is a real beast. The charging is, in a large SoC region, limited by the 120 kW power output of most superchargers. 20 minutes to charge from 10 kWh to 50 kWh. As you can see from the data points below, owners tend not to ever go much below 10% SoC, and there is a reason – they have so much capacity. 95.7 kWh according to the ABRP data 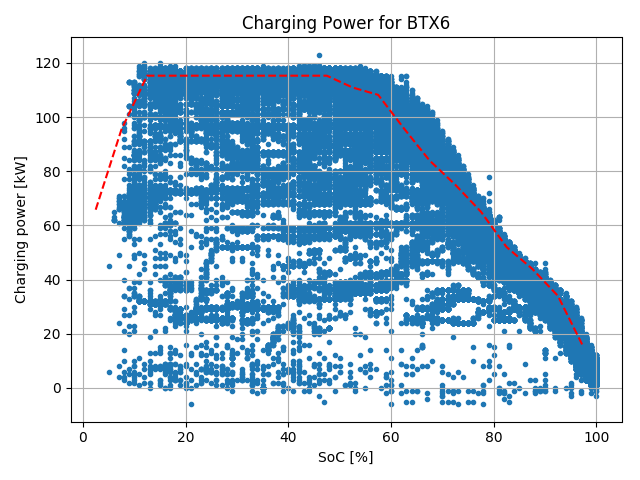 There are a couple of odd Model S and X 75 with an 85 kWh battery, software limited. It is rumored that they have been fitted with left over BT85 batteries, but the charging curves do not look exactly the same. Anyhow, the result is a battery pack with a lot of extra margin and really fast charging. Lucky owners – 14 of them contribute data to ABRP! 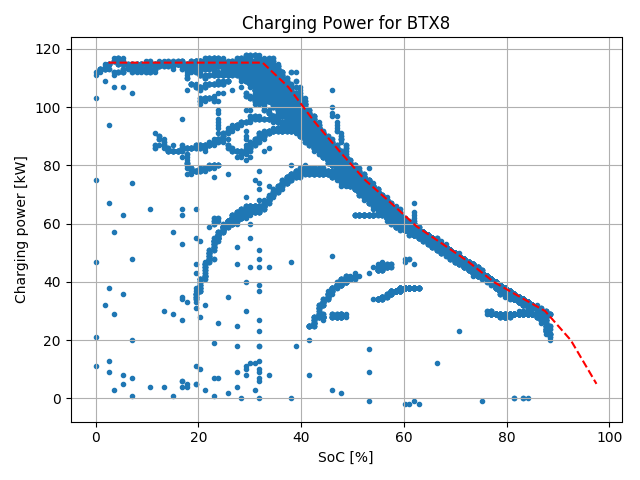