Finally! Enough Model 3 owners have gotten through the hassle of keeping ABRP running in a mobile browser while driving and charging to give ABRP some initial consumption and driving statistics. Have you noticed how much better ABRP has become in the mobile browser with the latest UI updates, BTW?

We have data points from 57 Model 3s, but most vehicles have only provided a couple of seconds of data. Most of the data actually comes from a Swedish American cross-east-cost driver who left ABRP running often enough in the phone – great thanks Pontus! The total Model 3 distance driven with ABRP running is only  so far 1200 km, consuming 187 kWh, so more data is definitively needed. However, the data we have is pretty consistent and therefore we choose to publish it here.

Let’s dive into data. Here goes the standard power-vs-speed chart that we rely on a lot at ABRP. This is data corresponding to driving at a constant speed on flat land. Elevation and speed changes are then added on top by ABRP when planning routes. 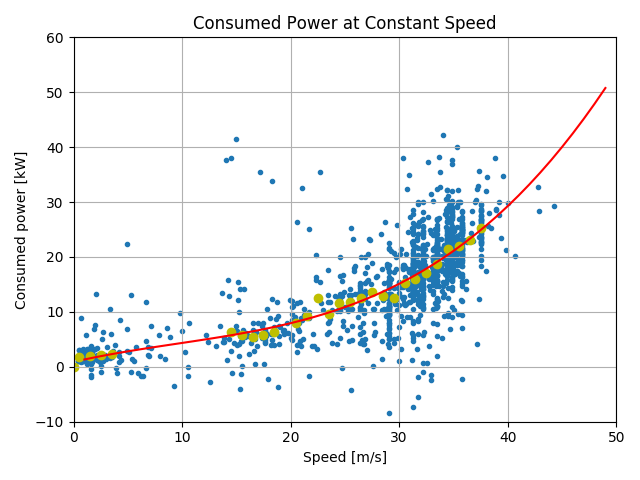 The blue dots are consumption samples (30 seconds of driving), adjusted for elevation and speed changes, and the yellow dots are median points within a 1 m/s bin. This means that the red line consumption model is fitted to the median consumption which means that most weather issues, car defects, aggressive driving and so on is typically ignored. As can be seen, we mostly have data points from very low speed and from highway speeds, but that is where things are most interesting.

The bottom line; ABRP reference consumption is impressively low at these summer temperatures:

That is very very good and a lot of credit has to be given to Tesla for working so hard on efficiency even at high highway speeds.

While consumption while driving is very important for a good long trip experience with an EV, this is equally true for charging. Tesla’s supercharger network is fantastic, and one of the most important factors in making a Tesla the only vehicle you need.

The Tesla supercharger can currently deliver up to 120 kW to one vehicle,  but that is not the only limitation – the battery itself limits the power depending on its current State-of-Charge (SoC), i.e. battery %.

ABRP has received charging data from 40 Model 3s at 185 charging sessions charging in total 1775 kWh (obviously it is more appealing to play with ABRP while charging the Model 3 than while driving, due to the lack of a browser in the car). The charging power curve of the Model 3 battery “BT37” is quite impressive: 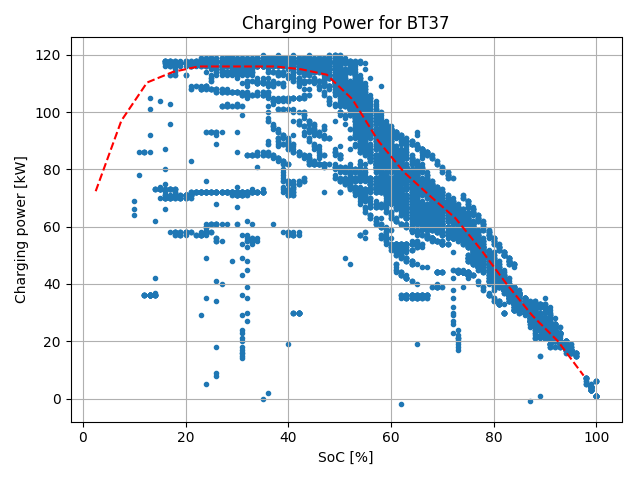 It basically takes as much power as the S/X 100D BTX6 battery at the same SoC %, but with a smaller battery capacity. The estimated usable capacity of the BT37 battery from this data is 73.4 kWh.

In an attempt to compare the characteristics of all of Tesla’s present models we have plotted the consumption and range of a Model S100D, Model 3 Long Range and Model X100D based on ABRPs models – in turn based on all generously donated data.

The data speaks for itself; X is obviously the most power hungry vehicle of the three, and the consumption model indicates that its is particularly bad at high speeds – but that is hardly a surprise given the sheer size of the X. Model 3 is indeed impressively effective. 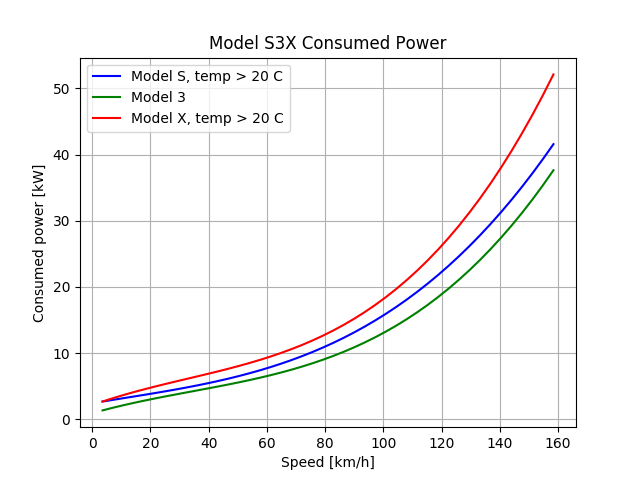 Even more impressive is that while Model S100D keeps the lead in the range league, Model 3 Long Range is not far behind even though it only has 75% of the battery size of the 100D: 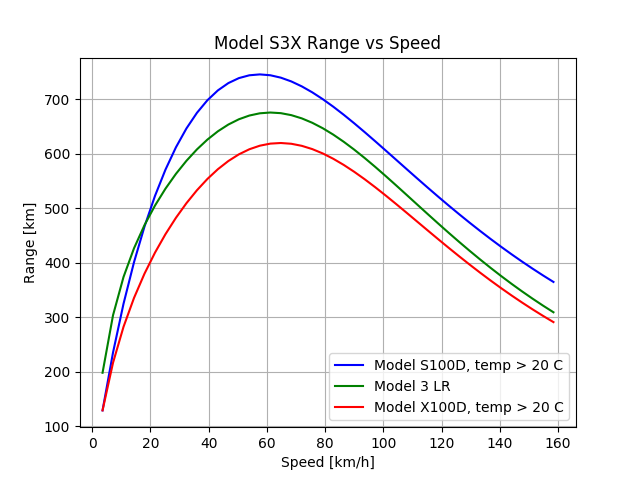 So the overall winner in that road trip race is clearly Model 3 Long Range. 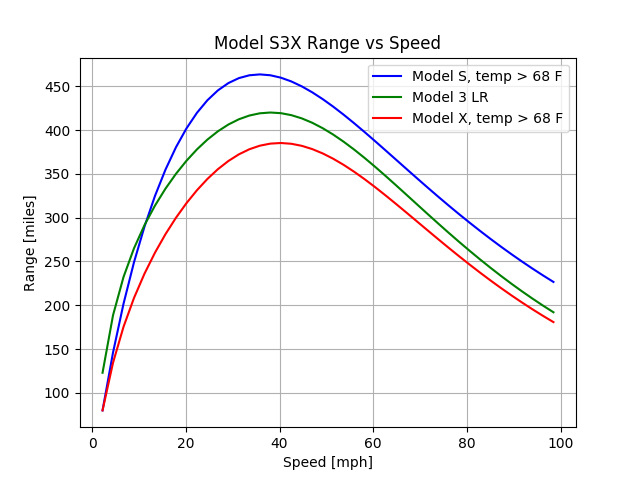 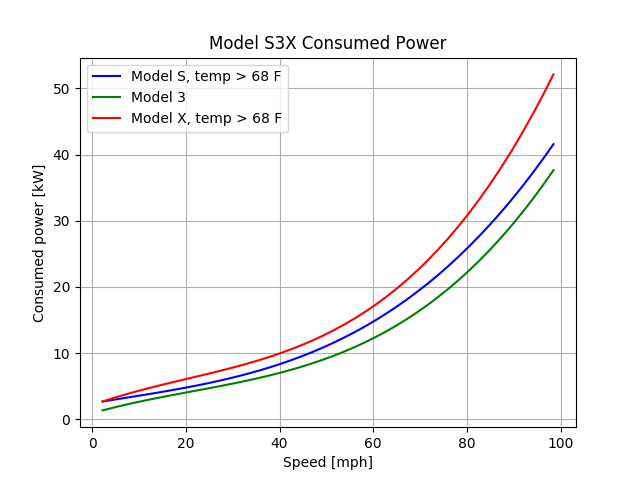